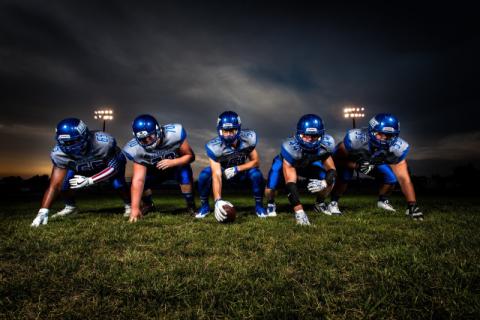 Rugby league legend Jamie Peacock says England reaching the final of the World Cup would be massive for the sport.

England are one of the traditional powerhouses in rugby league alongside Australia and New Zealand, but the sport is gaining traction in other regions.

Just seven European teams are in this year's finals including France, Greece and Italy, but organisers hope to welcome more on board in the future.

Bulgaria, Serbia and Bosnia & Herzegovina are amongst the nations bidding to climb the ranks in rugby league over the next few years.

Peacock is well placed to comment on international rugby league having represented England at the World Cup in 2000 and 2008.

In a recent interview with online betting site Betway, the 44-year-old insisted the profile of the sport would receive a big boost if this year's hosts make it to the final.

"We've seen in football with the European Championships that when a home nation goes deep into a tournament it brings everyone together," he said.

"We're not football, I get that, but we're going to be on the BBC for a month. There's time to build momentum, but that is generally only there when the home side is still there.

The performance of England is huge in terms of how impactful the World Cup will be. The aim for England has to be to make the final.

"If they do that, they'll have momentum all the way through and that's key."

England made the perfect start to the tournament last weekend, cruising to a comprehensive 60-6 victory over Samoa at St James' Park.

They are well placed to reach the knockout stage and will fancy their chances of fulfilling Peacock's wish by progressing to the final.

While Peacock ended his career without a World Cup...