EU message to Serbia: If you impose sanctions on Russia, they will demand from you... 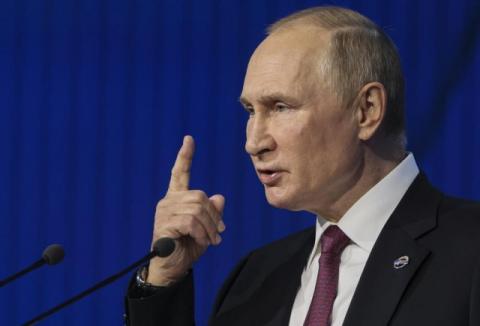 The MP assessed that our country is now following the path of independence of the former French president, General Charles de Gaulle.
"The EU has transformed from a union that established an economic principle to one that imposes a political model. I see that Serbia has no desire to give in to European pressure. France is one of the founding countries of the EU. General De Gaulle wanted an independent Europe that respects nations. That is exactly the policy that Serbia is leading today and that should be pursued," Mariani told Veernje Novosti.
He said that he admires Serbia's choice not to impose sanctions on Russia and that our country does not risk punitive measures being imposed on it, but that we should expect some kind of reaction from the EU.
"What you risk is that European aid will decrease. If you introduce sanctions, they will later demand that you recognize Kosovo. After all, that is what they are already asking you for," Mariani said.
He did not want to say what Serbia should do in relation to Kosovo and Metohija, but pointed out that it is a matter that the country should decide on sovereignly. "Serbs do not need the advice of foreigners. I understand that a country does not want to change its history. Every country should respect its history. If someone, for example, asked for the independence of Corsica, it should be decided by the French people, not the EU", Mariani concluded.