Tensions in North Mitrovica: Vehicles with KM license plates on the streets 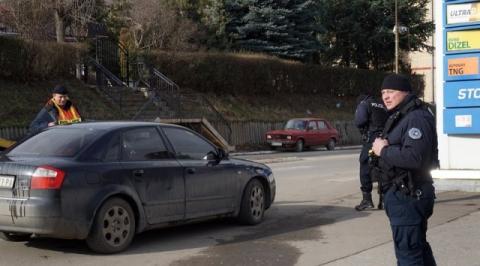 The streets of North Mitrovica were still this morning full of cars with license plates issued by the Ministry of Interior of the Republic of Serbia.
What citizens most often say is that they do not follow the statements of officials from Pristina, but what official Belgrade tells them.
On the other hand, the atmosphere in North Mitrovica is nevertheless tense because a large number of journalists and cameramen are present in the city and citizens passing by say that this is a scenario that indicates that another Pristina action is being prepared.
According to the official data of the Kosovo Police, so far only 20 vehicles have been re-registered with RKS plates out of a total of 9.000 that are estimated to exist. The deadline for re-registration expires today, and as announced by Kosovo Prime Minister Kurti, after that, from November 1 to November 21, warnings will be issued, then from November 21 for a period of two months, until January 21, the police will issue fines amounting to 150 euros.
"Then from January 21, we will have trial plates for another two months. As of April 21, no other license plates can be allowed," Kurti said.
The Serbs are determined not to give in under this pressure and remain committed to not changing their license plates.