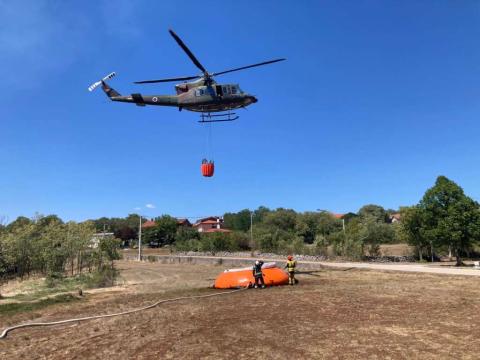 The Defence Ministry has proposed a more ambitious development plan for the Slovenian Armed Forces under which the NATO target of spending 2% of GDP on defence would be reached by 2030, five years sooner than currently planned.

Announcing the new resolution on the long-term development and equipment of the Slovenian Armed Forces, the Defence Ministry said on 28 December that the current security situation, exacerbated by the war in Ukraine, required a new blueprint.

The ministry also wants to put in place measures to attract and retain personnel in the Slovenian Armed Forces.

The resolution aims to improve air force capabilities, which are not part of NATO commitments, with the purchase of a second tactical medium-range transport aircraft. Slovenia has recently ordered one and it is slated for delivery next year.

The plan also involves the purchase of medium-sized transport helicopters and a gradual replacement and additional purchases of light military helicopters.

The ministry wants to create an air defence system with medium and short range systems to protect national airspace and critical infrastructure.

A significant raise in expenditure for research and development is planned as well, reaching at least 2% of the defence budget.

The goal is to modernise military equipment by incorporating artificial intelligence, modern sensor systems and unmanned air and ground systems both for battle and logistics.

The resolution will be finalised once the one-month period of public consultation ends.

ATHEX: Index rises to highest point in over 10 months