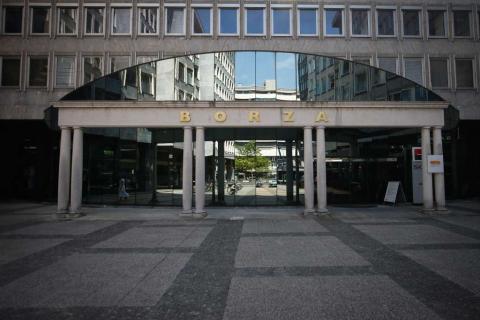 The SBI TOP benchmark index on the Ljubljana Stock Exchange lost nearly 16% in 2022, after having risen by almost 40% the year before, show figures released by the stock exchange operator Ljubljanska Borza.

All the big-cap stocks were down with drug maker Krka losing nearly a fifth of its value in a year, NLB bank down by 18%, and energy group Petrol losing 21%.

The only blue chip to not close in the red was port operator Luka Koper, which added a percent on a year ago.

Turnover excluding block deals amounted to EUR 430.9 million, which is 13.4% more than in the previous year. Shares accounted for nearly the entire turnover, with bonds contributing just EUR 0.1 million.

Three stocks have utterly dominated trading. Krka accounted for more than 44% of all deals, NLB for almost a fifth, and Petrol just over a tenth of the total volumes.