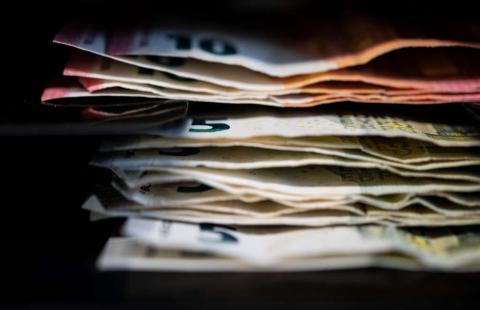 Slovenia’s general government deficit in the third quarter of the year shrank to €60 million or 0.4% of GDP, the lowest since the start of the Covid pandemic in the first quarter of 2020.

Data released by the national Statistics Office on 30 December, shows the general government deficit amounted to €1.03 billion in the nine months until the end of September, which compares to €1.925 billion in the same period a year ago.

Total general government revenue grew for the seventh quarter in a row to €6.321 billion, up by 8.2% from the third quarter of 2021.

In the first three quarters of 2022, total general government revenue rose by 7.9% on the same period last year to €1.345 billion. Tax receipts rose by 8.3% and revenue from social contributions by 7.8%.

Total government expenditure in the third quarter was up by 5% year-on-year to €6.381 billion, rising by 2.4% y/y in the first nine months of the year.

Expenditure for interest has been decreasing since the last quarter of 2015, falling by 4% y/y in the third quarter.

At the end of September, consolidated general government gross debt amounted to €41.753 billion, or 72.3% of GDP. It rose by €700 million from the previous quarter, mostly due to long-term debt securities.

The deficit is expected to increase again next year both due to expenditure linked to the energy crisis and rising current expenditure.