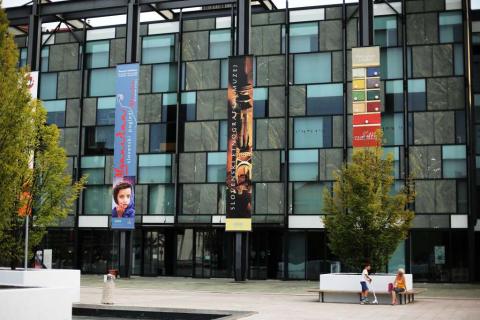 The Slovenian Ethnographic Museum will be celebrating its centenary this year with a number of events and exhibitions, as well as a new permanent display.

The year will kick off with White Gold, an international exhibition on cotton growing, which is part of the EU project Taking Care. Later in the year, the museum plans to mount two photo exhibitions, one of them focusing on ancient Egypt.

In mid-2023 the new permanent exhibition titled Man and Time will open and toward the end of the year, an exhibition will showcase Spanish non-tangible cultural heritage while another will display nativity scenes of the National Museum of Ethnography in Warsaw.

More large exhibitions are planned in the coming years. One of them will be dedicated to painter Maksim Gaspari (1883-1980), who worked at the Ethnographic Museum as a conservator.

The museum wants to show Gaspari as an artist whose interpretations of cultural heritage created a distinctive image of Slovenian population in the 20th century, one that strongly affected its artistic horizons, the museum’s director Natalija Polenec told the STA. When Slovenians think of Father Frost, most will think of Gaspari’s rendition of the figure.

In cooperation with the Museum of Apiculture in Radovljica, the Ethnographic Museum will put on an exhibition about beekeeping in Slovenia at the Berlin Museum of European Cultures next year. And an invitation has come from China to present apiculture and related folk art.

Polenec is proud of the museum’s openness and the fact that it includes people and institutions in its exhibitions. The museum’s previous permanent exhibition, I, We and Others featured 50 individuals who presented their collections, stories and life journeys.

The museum keeps some exceptional collections, including a Chinese collection compiled by navy officer Ivan Skušek Jr (1877-1947) during his stay in Beijing between 1914 and 1920. Featuring about 500 items, it is the largest collection of Chinese artefacts in Slovenia.

Polenec said they would like to present this collection and several non-European collections to the public.

One of the museum’s most prized possessions is a čupa, a boat used by Slovenian fishermen in Trieste, an object which is part of the identity of the Slovenian community living in the Italian city. The museum also ha rich collections of textile, living culture and folk art.

Although small when compared to other museums, the Ethnographic Museum’s rich collections make it comparable with other, bigger institutions, Polenec said.

The museum was established in 1923 as the Royal Ethnographic Museum. Boris Orel, who served as director from 1945 and 1962, appointed field teams that travelled around the country, studying, researching and collecting artefacts.

Located in the Metelkova quarter since 2004, the museum has a large number of collections of non-European cultures. These were obtained throughout the 20th century, including at the time when Yugoslavia headed the Non-Allied Movement.