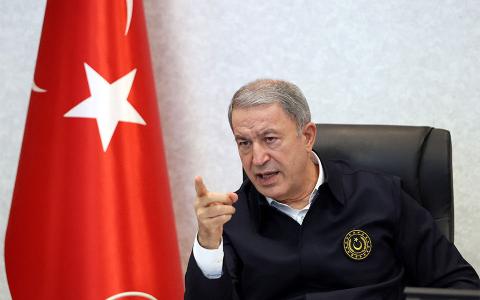 "Not only does Greece not want to hold these talks, it also tries to prevent them from happening and sabotages them," Akar said during a visit to TCG Anadoly, the future flagship of the Turkish navy, according to state-run Anadolu news agency.

Greece froze plans for a next round of CBM talks with Turkey in April last year following a barrage of Turkish overflights in the eastern Aegean.

Akar meanwhile accused officials in Athens of deliberately increasing tensions with Ankara in a bid to deflect public attention from problems at home.

"There are many scandals in Greece right now. There is the wiretapping scandal, migration scandal, and...