Bulgaria: Increase in Price of Gas for January, a Jump of 22.7% compared to December 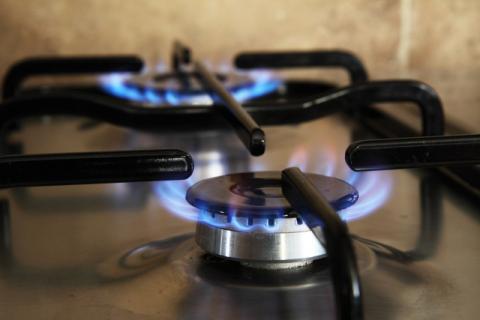 Bulgaria: Increase in Price of Gas for January, a Jump of 22.7% compared to December

The Commission for Energy and Water Regulation (EWRC) approved the price of natural gas for the month of January in the amount of BGN 179.33 per megawatt hour (MWh), which is 22.75% more than the price of the blue fuel for December. It is free of charge without fees (for access, transfer) and levies (excise duty and VAT).

At this price, Bulgargaz EAD will sell natural gas to final suppliers and to persons who have been issued a license for the production and transmission of thermal energy.

EWRC confirmed the price after an analysis of the current data and documents submitted yesterday by "Bulgargaz" EAD, in which the prices of the individual suppliers and the size of their quantities in the total mix are indicated. The regulator found that the total estimated quantity for the domestic market was provided by several different supply sources.

The price mix includes the entire agreed amount of Azeri natural gas delivered via the "Bulgaria-Greece" (IGB) interconnector at prices according to the current long-term contract with Azerbaijan. These quantities cover about 27% of the country's consumption and are of key importance in achieving favorable prices for the blue fuel.

After organizing a tender procedure for the whole of 2023, "Bulgargaz" concluded three contracts for the supply of liquefied natural gas (LNG) with traders from the region for the month of January, the Commission also states.

The company has also concluded a contract for the supply of natural gas at the entrance of the Bulgarian gas transmission network. In the price mix for the month, the public supplier has also included quantities of natural gas from the...

KADEM’s summit to be held in November first week

Erdoğan to discuss NATO bid with Swedish PM in Türkiye

Greece strengthening the alliance with Azerbaijan for natural gas

Bulgaria’s Economy Minister: We can Say that the Gas Crisis is Behind Us