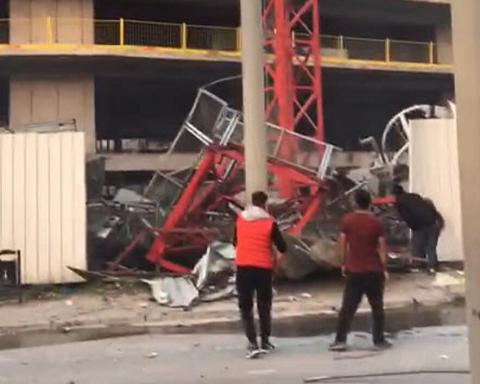 The Dec. 30 accident that caused the death of six people when the crane that was intended to be raised in the construction of a hotel in the Aegean province of İzmir fell towards the building for an unknown reason happened because the necessary safety precautions were not taken, workers on the construction site have claimed.

Kenan Sarı, brother of Yıldırım Sarı, who was also in the dormitory at the time of the incident, survived the accident without injury.

"We've told the company a thousand times that the rubble was falling every day. They weren't interested. They just built a roof over our heads," said Mücahit Çiftçi, one of the injured workers. "It is not a work accident, it is murder,"

Emrah Siner, a relative of Fesih Çiftçi, said Alper Özer, another relative of his, died at this construction site just one month ago.

Erdogan’s mad dash to the polls

A wish for Turkey in 2023: A change in behavior