Bulgaria’s Energy Ministry: The Natural Gas for 2023 is Secured 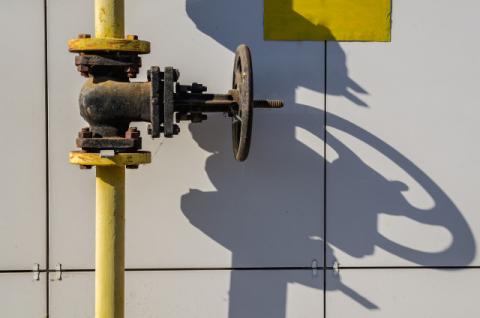 "The gas for 2023 is secured, the expectations are for stabilization of the prices in the coming winter months", Deputy Minister of Energy Elenko Bozhkov said on BNT.

According to him, the warmer winter means less gas used from the gas storage in Chiren.

"We expect two-thirds of the gas delivered to Bulgaria to be from liquefied gas and one-third of what we receive from Azeri gas on the connection with Greece. Russian gas is not flowing," added Elenko Bozhkov.

An agreement between "Bulgargaz" and the Turkish state energy company "Botas" will be signed today in the Council of Ministers.

According to Elenko Bozhkov, this agreement will give Bulgaria access to the main part of the terminals in Turkey. It is concluded for a period of 13 years.

The Deputy Minister of Energy added that "Bulgargaz" registered a significant income in recent months, a profit of more than 7 million.

Elenko Bozhkov commented that there should be no worries and questions regarding the Kozloduy NPP deal and the nuclear fuel. According to Bozhkov, things are clear and transparent.

"The deal means diversification and change of the fuel for the Fifth Block, which has been required for a long time", Elenko Bozhkov also said and emphasized that this transition does not mean an upward change in the price of the electricity that will be produced by the NPP.

According to him, a strategy for spent nuclear fuel in Bulgaria is about to be approved and adopted, and our country is in negotiations for the production of storage containers for a period of 50 to 100 years.

"There is a decision of the National Assembly from November, according to which until 2027 the prices of electricity for households must remain on...