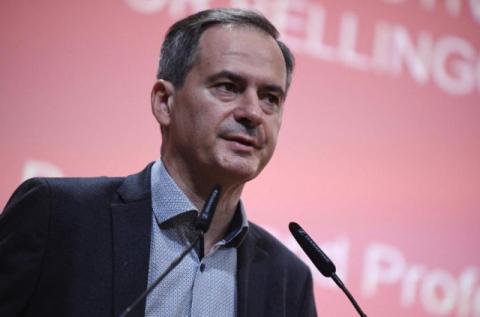 "We remind Russia that the right to information is enshrined in the international documents to which Moscow is a party", said today a spokesperson for the European Commission in response to a question related to the announcement that the Bulgarian investigative journalist Christo Grozev is wanted by the Russian authorities, BTA reported.

"Russia introduced censorship on the war in Ukraine, approving a law to punish so-called 'false information', including about Russia's invasion of Ukraine. This has caused many independent Russian and foreign media to leave Russia," the spokesman noted.

"The EU condemns Russia's actions against independent Russian media and the blocking of access to foreign websites", he added. "Russian authorities want to deprive Russian citizens of independent sources of information about the war they waged against Ukraine and the atrocities committed by Russian forces", said the EC spokesperson.

Grozev, who is a Bulgarian citizen, works for the independent investigative journalism network Bellingcat.

On December 26, the Russian Interior Ministry announced that it was looking for him. Russian authorities did not specify the nature of the offenses for which he was wanted, only indicating that they were contained in the criminal code.

Shortly after, the Russian ambassador to Bulgaria, Eleonora Mitrofanova, was summoned to the Ministry of Foreign Affairs, and on her way out, she announced that Grozev would not be wanted all over the world, but simply should not go to Russia. The Ministry of Internal Affairs sent a request with information about the accusation to its Russian...