EU to try again for coordination on China COVID-19 policies 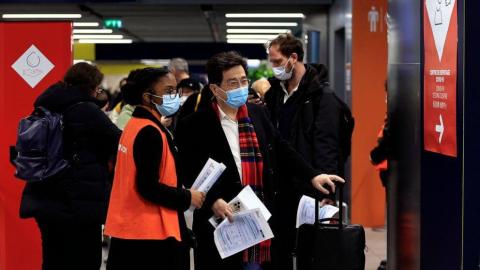 European Union nations will try again on Wednesday to mold a coordinated approach on if and how authorities should check incoming airline passengers from China for any new COVID-19 variants after several member nations announced individual efforts over the past week.

Belgium said late Monday it would be checking wastewater from planes coming in from China to see if it yields new clues about any potentially dangerous variants. It said that it would urge visitors from China who do not feel well to take a COVID-19 test.

More should be done, but only in a coordinated approach among the 27 member states, said Belgian Health Minister Frank Vandenbroucke. "It would be a good signal toward China if all EU nations would say together: 'If you come to Europe you have to be tested first," he told VRT network.

Sweden, which holds the rotating EU presidency, said officials from the member states will hold an Integrated Political Crisis Response meeting on Wednesday to see if entry requirements throughout the bloc are necessary.

"It is important that we get the necessary measures in place quickly," said Swedish Health Minister Jakob Forssmed.

France's government is requiring negative tests, and is urging French citizens to avoid nonessential travel to China. France is also reintroducing mask requirements on flights from China to France.

Digging for gold inside an Epiphany cake