No let-up in Ankara’s rhetoric 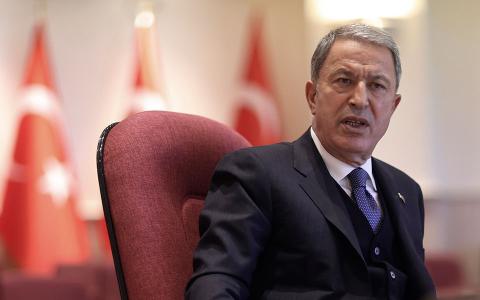 Keeping tensions high with Athens, Turkish Defense Minister Hulusi Akar reiterated on Monday that Ankara will "not accept any extension" by Greece of its islands' territorial waters.

In other comments, Akar also stressed that he considers recent visits made by Greek officials to the islands near the Turkish coast as a provocation and blamed Greek politicians for the increased tension between the two countries.

"There are about 3,000 islands in the Aegean Sea. Of course, they don't all belong to Greece. There are islands of disputed sovereignty. These islands, which are right under our noses, are visited by their ministers, officials, generals and admirals. Isn't all this a provocation?" he asked during an interview with NTV.

"Several politicians and officials - in order to cover up, to obscure their domestic problems - are trying to increase tension with Turkey...