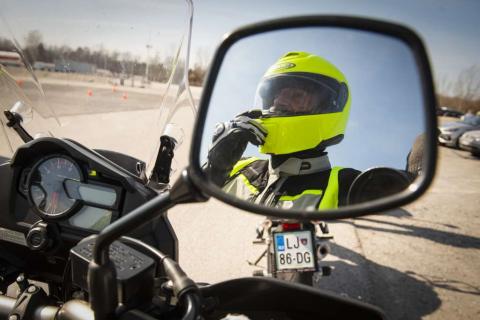 A total of 86 people were killed in traffic accidents on Slovenian roads in 2022, which is 28 fewer than in 2021. Still, the number of accidents topped 18,000, which is about 1,100 more than the year before, show data from the General Police Administration.

The number of deaths in traffic accidents had been steadily declining between 2007 and 2014, dropping from a whopping 286 to 106, according to Varna Pot, an NGO that specialises in traffic safety.

Last year, the deadliest month was June, when 18 people were killed in car accidents, while the safest months were January and February, which claimed four lives each.

According to the Traffic Safety Agency, safety has improved the most for motorcycle drivers, and car drivers and passengers.

The key challenge this year will be to reduce speeding, drunk driving, and the use of mobile and other multimedia devices while driving.

The old national programme on traffic safety having expired, a new long-term programme is being drawn up by the Infrastructure Ministry. Like in previous documents, the stated long-term goal will be zero road deaths.