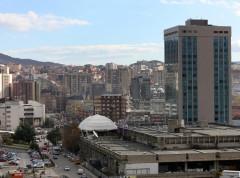 BELGRADE - In a comment on Pristina's EU membership bid, the Foreign Ministry of Slovakia says any change in Bratislava's position on the self-declared independence of the so-called Kosovo will depend on normalisation of Belgrade-Pristina relations.

Slovakia does not recognise the so-called Kosovo.

"As we have reiterated several times, Slovakia's position regarding Kosovo is based on a 2007 declaration by the National Council of the Republic of Slovakia. Any change in the Slovak position on this matter will depend on normalisation of Belgrade-Pristina relations," the ministry said in response to a query by Pristina-based paper Gazeta Express.

The ministry added that active involvement in the EU-led dialogue was the only way to normalise relations and that the dialogue should gradually lead to a legally binding agreement.