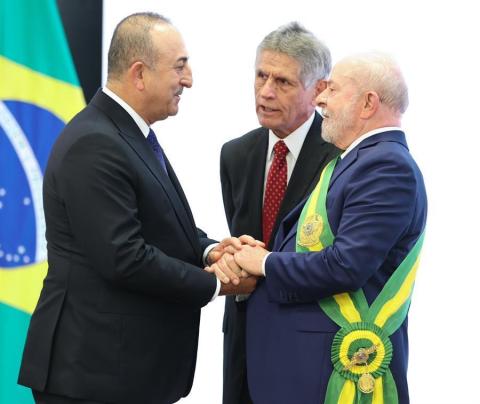 Lula assumed office for the third time after thwarting far-right incumbent Bolsonaro's reelection bid. His return to power marks the culmination of a political comeback that is thrilling supporters and enraging opponents in a fiercely polarized nation.

"Our message to Brazil is one of hope and reconstruction," Lula said in a speech in Congress' Lower House after signing the document that formally instates him as president. "The great edifice of rights, sovereignty and development that this nation built has been systematically demolished in recent years. To re-erect this edifice, we are going to direct all our efforts."

Sunday afternoon in Brasilia's main esplanade, the party was on. Tens of thousands of supporters decked out in the red of Lula's Workers' Party cheered after his swearing in.