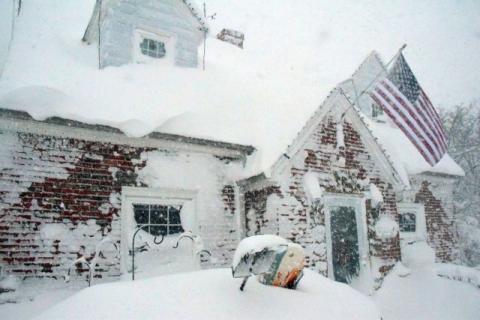 The heat wave that started about a month ago will extend and the unseasonable "summer" weather - with temperatures averaging 3 to 4 degrees above normal for the season - will last until the end of next week, with Epiphany expected to be sunny.

"It seems that with short breaks of mild bad weather next week - the first 3 to 4 days of next week - and without significant phenomena, related to a large drop in temperature or snowfall, this 'summer' will continue until the end of next week. We cannot predict with certainty more than two weeks into the future. On Epiphany we will have very good weather, with sunshine - except for the morning fogs - and relatively high temperatures for the season" said Professor of Meteorology and Climatology and vice-rector of Economics of University of Thessaloniki, Charalambos Feidas, to state news agencyAPE-MPE.

He explained that this weather phenomenon that "is observed throughout southern Europe and the Mediterranean and not only in Greece and its characteristic is its long duration, which exceeds 30 days and this classifies it in a category of climate instability and not just of a simple weather instability, a warm invasion of a few days".

Regarding the possibility of the good weather being extended beyond the next two weeks, the professor replied that "we do not think that we...

Epiphany celebrated in Greece after two years of restrictions

Greece to require negative Covid tests for travelers from China

Is a deal on the Parthenon Sculptures possible?