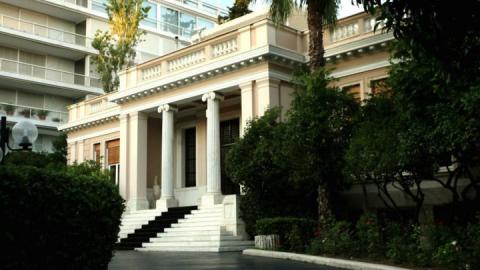 On the one hand, a recount of what has so far been achieved and the planning of the next steps. On the other hand, pre-election planning - the goals ahead of the polls, the rhetoric, and the New Democracy stratgey overall. These are the two agendas that have simultaneously been opened at the prime minister's table in the first for 2023 closed (generally unannounced) discussions in his office at the Maximos Mansion.

A number of government and party officials knew early on that they would not have the luxury of extending the Christmas break this week as they had been alerted to the schedule of meetings under the Prime Minister. After all, since last week Mitsotakis has returned from Chania and he will probably be back in his hometown for Epiphany.

Authoritative sources conveyed to in.gr that the PM's office gave the signal during the holidays for continuous coordination between the government and the party in two operations, which will run in parallel until the announcement of the elections and the formal dissolution of the Parliament: on the one hand, the continuation of the government's work and in the promotion of deeds, on the one hand in the organization of the pre-election campaign.

In this context, Mitsotakis' confidants are on the move after the New Year, among them his deputy minister-secretary Yiannis Bratakos, the ministers of state Akis Skertsos and Giorgos Gerapetritis, the government's coordination secretary Thanasis Kontogeorgis, the entire communication and advisory team at Maximos Mnsion (Dimitris Tsiodras, Kyra Kapi, Eric Parks, etc.). And the staff of  the party headquarters, on Piraeus street, such as the secretary of the...