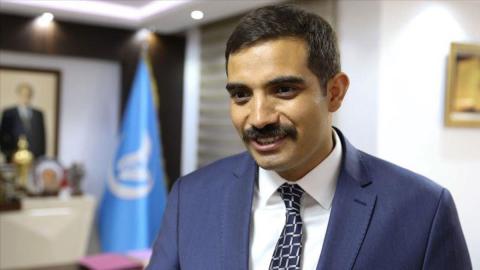 Three suspects detained within the scope of the investigation opened into the assassination of the former head of the ultra-nationalist group Grey Wolves have been arrested.

Two attackers on a motorcycle had shot Sinan Ateş, an academic from Hacettepe University, in the head as he was leaving a building in the capital Ankara last week. Ateş, seriously injured, could not be saved despite all the interventions in the hospital.

Vedat Balkaya, who were riding the motorcycle, Hakan Saraç and Zekeriya A., among the suspects detained within the scope of the investigation opened by the Ankara Chief Public Prosecutor's Office, were referred to the courthouse after their procedures at the police station.

The three suspects questioned by the on-duty judge after their statements were arrested on the charge of "killing by design."

On Jan. 2, three more people were taken into custody for alleged links to the incident, bringing the total number of detained to eight.

The Grey Wolves, officially known by the name Idealist Hearths, or Ülkü Ocakları in Turkish, is a far-right organization and political movement affiliated with the Nationalist Movement Party (MHP).

"The rights of the deceased's wife and daughters are also my issue," he said, warning the government and its ally MHP that "he knows more than they think."

The organization's members deny its political nature and claim it to be a cultural and educational foundation, as its full official name is...

In memoir, Prince Harry says William attacked him during row

US House adjourns with no new speaker for third day