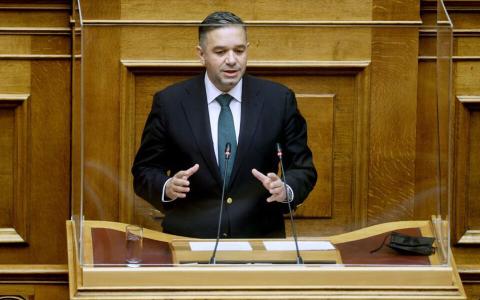 A conservative MP has resigned from Parliament amid allegations that he misused state money to help his business.

Themis Cheimaras, a Fthiotida MP, announced his resignation in a letter to House Speaker Kostantinos Tasoulas on Wednesday.

Cheimaras, who was elected in the 2019 general election, said the reported conflict of interest was result of an "unintentional omission," adding that he was stepping down in the interest of his New Democracy party.

"I would never allow such an issue, which concerns me, to be exploited by our political opponents," he said.

Cheimaras will be replaced by Eleni Makri-Theodorou, who was runner-up in the Fthiotida regional unit in 2019.