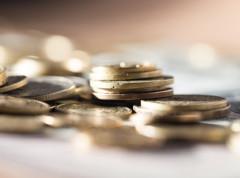 BELGRADE - The Serbian dinar's official median exchange rate against the euro is 117.3205 dinars for one euro on Wednesday, the same as on Friday, the National Bank of Serbia said.

The dinar's indicative exchange rate against the dollar was up by 0.4 pct to 109.7479 dinars for one dollar on Friday.