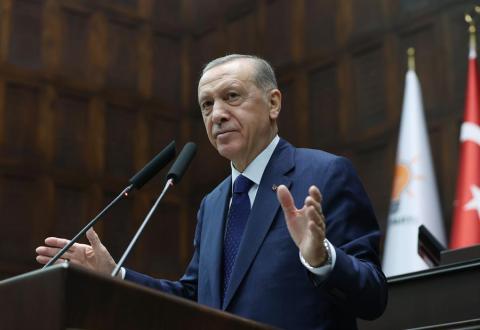 President Recep Tayyip Erdoğan has pledged another 5 percent increase to the salaries of civil servants and pensioners, making the total rise in wages 30 percent for the first six months of 2023.

"You know we have announced the increase in the salaries of civil servants and pensioners as 25 percent. But even on that day, I instructed my ministers to find formulas to increase this. As a result of our studies on which areas we can make further sacrifices [from the budget], we have seen we can increase this amount to 30 percent," Erdoğan told his parliamentary group on Jan. 4.

Erdoğan also underlined that salaries of civil servants and pensioners will be re-assessed in July 2023 and they can be increased in line with the economic developments. Erdoğan also announced that the government increased the minimum pension from 3,500 Turkish Liras to 5,500 liras.

"I want to underline that all these salaries will observe new increase in the second half of the year as a result of collective bargaining and inflation rates," he stated.

In his address to the ruling Justice and Development Party (AKP) group, Erdoğan recalled that Türkiye will go to the simultaneous parliamentary and presidential polls this year and he will ask a strong support for himself for the last time. "But people misunderstand when we say 'last time.' It is not about a finish but a start," he said. In line with the current constitution, Erdoğan cannot run for the presidency after the 2023 polls.

Responding to the questions of the reporters at the...