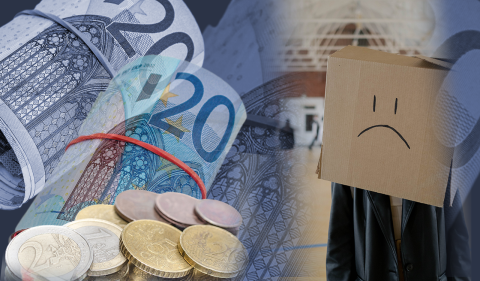 An increase of between 5.5% and 9.5% is expected to be given to the minimum wage on April 1st after the completion of the prescribed procedure for determining the amount of the wages.

The acceleration of the procedure for determining the new minimum wage - so that the increases are known before the parliamentary elections - was formalized with the announcement of the Prime Minister, Kyriakos Mitsotakis, who set the effective date of the new wage at April 1st.

The third increase in a row

Thus, within the current month, the process of determining the third - in a row - increase in the minimum wage is being launched, which is expected to develop at a rapid pace, so that it is completed in March and implemented from April.

Next week, the Ministry of Labor will bring an amendment to Parliament, which will provide for the new start and end dates for the process to determine the new minimum wage, especially for 2023, since the current law provides for a different schedule.

The configuration of the minimum wage above 751 euros and close to 800 euros per month, are the new elements that arise in view of the start of the process.