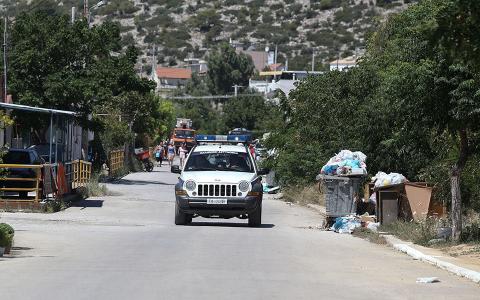 Police are conducting a large-scale operation in Roma settlements in western Athens as part of a crackdown on crime, according to reports Wednesday.

No more information is currently available. An official statement on the details of the operation is expected later in the day.

Violent protests broke out last month over the fatal police shooting of a Roma teenager after he allegedly filled his vehicle at a fuel station and drove off without paying.

Preparations under way at final resting place of former king

US F-16s and Turkey’s hostage politics

Number of suicides in Greece up 25 pct since 2020, report shows