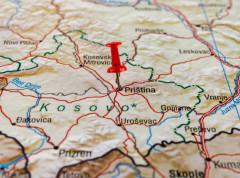 BELGRADE - Several envoys of key Western states are expected to visit Serbia after Orthodox Christmas to step up the pressure and expedite a resolution of the Kosovo-Metohija issue, Vecernje novosti reports.

According to the report, US and EU special envoys Gabriel Escobar and Miroslav Lajcak and German and French envoys Jens Plattner and Emmanuel Bonne are expected to be among the first to arrive.

The four are expected to make a joint visit.

Western envoys are in a rush because of the approaching first anniversary of the outbreak of the Ukraine war, February 24, set in informal diplomatic circles as the deadline by which Pristina and Belgrade should at least agree on an outline of a future deal on normalisation of relations, the paper says.

Belgrade sees such an agreement as unacceptable because it essentially implies a recognition of a false state and...

Aleksandar Vučić made an important decision: In the Serbian Army...

Vučić: The barricades will be removed, but...

EU message to Serbia: If you impose sanctions on Russia, they will demand from you...