Zuroff: Honours for Deva an insult to memory of his victims 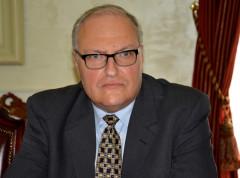 In a statement to Tanjug, Zuroff said honours for Deva sent a horrible message to the Kosovo society and were a terrible insult to the memory of his numerous victims.

Zuroff was commenting on the Pristina authorities' announcement that Deva's house will be renovated.

Deva was a Nazi collaborator, he said.

That is why it is very disturbing to learn that renovation plans have been renewed, Zuroff said, adding that Deva symbolised the ethnic Albanians' collaboration with the Nazis and their role in crimes against Serbs and Jews.

He was one of the people who supported an extremist genocidal ideology, Zuroff said, adding that, in February 2022, he...