Senior state officials and at least one minister and one deputy prime minister are involved in a corruption scheme for acquiring Bulgarian citizenship. More than 114 people wanted by Interpol received Bulgarian passports and lawyers prepared the application documents for amounts between 500 and 3000 euros. 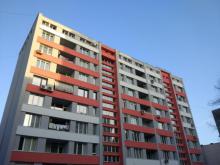 The National Housing Strategy project will be published within a few days for public discussion. The strategy defines the overall housing policy and has a long-term vision with a horizon of 2030.

Former Yugoslav Republic of Macedonia (FYROM) Prime Minister Zoran Zaev hailed the agreement reached with Greece earlier this month settling the decades-old name dispute, as solving "the biggest problem that was preventing our development since our independence."

A top religious official of a northern Turkish province has stirred outcry on social media by claiming a woman "should not reveal her body to another woman while swimming."

The International Monetary Fund says Greece has significantly improved its economy, but still "faces many challenges" as it heads toward the end of its third and final international bailout in August.

The IMF said Friday that Greece has "largely eliminated macroeconomic imbalances," but noted growth was still hampered by "significant crisis legacies and an unfinished reform program."

The Central Board of Jewish Communities in Greece on Friday issued an announcement decrying the desecration on Wednesday night of the Holocaust Memorial in Thessaloniki.

The president of the Commission Investigating Murders of Journalists told Cenzolovka that he had a strong impression the trial chamber has led the process as if he did not want to do it, or was forced in advance to pass an acquittal decision.

A gunman has opened fire at a local newspaper office in Maryland, killing five people and injuring others in what police said was a "targeted attack".

Staff at the Capital Gazette in Annapolis said the attacker, armed with a shotgun and smoke grenades, shot through a glass door into the newsroom.

EURONEWS. - European Union leaders have reached an agreement on migration after almost nine hours of talks in Brussels over the sensitive issue threatening their union and zone of free travel, as well as German Chancellor Angela Merkel's government.

"EU28 leaders have agreed on (summit) conclusions, including on migration," the chairman of the talks, Donald Tusk, said. 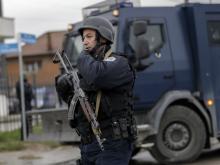 Police in Kosovo on Friday said they had arrested three suspects in relation to terrorism in Prizren and Skenderaj/Srbica.