Thirteen people were hospitalized in Rhodes on Tuesday morning with gunshot wounds following an incident outside a Roma camp on the island, the state-run Athens-Macedonian news agency reported.

Based on initial information, three Roma in a car stopped shortly after noon outside the camp at Karakonero and opened fire.

It is not known what the motives of the assailants were. 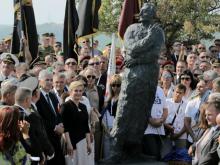 The Zagreb-based Youth Initiative for Human Rights NGO has produced a guide for politicians on how to apologise for crimes committed during Croatia’s 1995 military operation ‘Storm’ as its anniversary approaches.

SOFIA (Reuters) - Bulgaria's solar energy producer Inercom has launched a court challenge against an anti-monopoly regulator's ruling to block its acquisition of the Bulgarian assets of Czech utility CEZ (CEZP.PR), the company said on Monday. 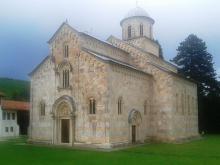 Pristina also must adhere "to its international commitments regarding the protection of religious and cultural heritage and the rights of its communities' members," they said.

Tis statement was made following the visit by EU heads of mission to Decani Special Protective Zone on July 26.

The gross foreign debt was equivalent to 62.1% of the projected 2018 gross domestic product (GDP), down from 67.9% of GDP at the end of May 2017, the Bulgarian National Bank said in a statement on Friday. 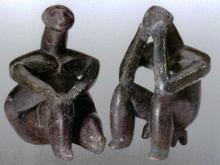 Bulgaria and Romania will work together on developing a tourist project meant to promote the Neolithic culture of Hamangia, found on the territories of the two countries.

An official delegation from South Korea has visited two Turkish veterans more than six decades after Korean War, bowing before them to show their nation’s long-standing gratitude. Click through for the story in photos...

A new body recovered in the sea off the southern coast of Athens on Tuesday reportedly bears burn marks, according to information.

The coast guard said on Tuesday the body was found floating by an amateur fisherman who immediately alerted authorities.

The fire service clarified in a press release the body belongs to a woman and not a man, as was initially reported.