The news was picked up by major news networks before it was proven to be a fake account set up by Italian journalist Tommaso Debenedetti.

With the death toll from the spread of the West Nile virus in Greece rising this week to 17, the Athens Medical Association (ISA) is urging authorities to draft an emergency action plan to deal with what it describes as a growing threat to public health.

An illegally constructed building in a forested area off the Athens-Sounio coastal road was demolished on Wednesday - the first of some 3,200 unlicensed buildings the government plans to raze in Attica. 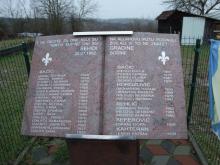 Bosnia’s Institute for Missing Persons is excavating the site of a suspected mass grave containing 29 Bosniak women and children killed in the village of Zecovi in the Prijedor area in July 1992. 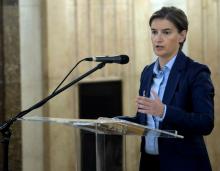 During the commemorative session in the Belgrade City Council on the occasion of the International Day of the Disappeared Brnabic said that it was time for the "new generations to grow up unburdened by hate, who wouldn't bear the guilt for the events that happened before they were born."

Authorities in western Greece have arrested two people for allegedly trying to smuggle 71 migrants out of the country on a US-flagged yacht.

The Greek merchant marine ministry said the yacht was stopped in the Gulf of Patras following a tip-off. The vessel is believed to have been heading for Italy.

Panasonic plans to move its European headquarters from Britain to the Netherlands later this year over concerns about potential tax issues related to Brexit, a company spokeswoman said Thursday.

"We will move our European headquarters to the Netherlands," the spokeswoman told AFP, confirming a report in the Nikkei business daily about the Japanese electronics giant's decision.

As we all know, Rusev has transitioned from being one of WWE's best heels to now becoming a top SmackDown Live act infamous for his "Rusev Day" gimmick.

Rusev originally debuted on the main roster as a dominant Russian heel, accompanied by Lana. However, it would be impossible to fathom that back then, the creative team had an entirely different direction planned out for him.

English legend Bryan Ferry brings his "elegant, seductive croon" to Greece as part of an ongoing tour of the UK and Europe, with a career-spanning show. The iconic singer will appear at Athens Herod Atticus Theater on Tuesday, September 11, and at Thessaloniki's Dasos Theater on Thursday, September 13.

The Warsaw Philharmonic and acclaimed Russian piano soloist Boris Berezovsky will appear at the Herod Atticus Theater for a single show on Tuesday, September 4.