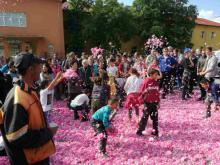 Subsidies have been transferred to 852 farmers. Assistance is provided on an area to cover part of the cost of cultivating the oil-bearing rose. 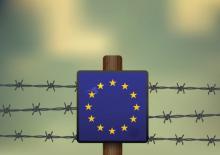 As Pristina-based media reports, 30 members of the Committee voted in favour of the recommendation, 10 were against and two members abstained from voting.

The United Nations has called on guarantor powers Russia, Iran, and Turkey to forestall a battle in Syria's Idlib province, saying a humanitarian corridor should be set up to allow civilians to leave the area.

The newly launched e-ticket for Greece's museums and archaeological sites is gaining ground, according to figures from Archaeological Resources Fund (TAP) presented by the Culture Ministry on Thursday.

Initially launched on July 5 in pilot phase, the e-ticket is currently only applicable to 11 popular archaeological sites and museums in Attica, Crete and the Peloponnese.

Romania&#39;s Defence Minister Mihai Fifor attended an informal meeting of the EU defence ministers in Vienna on Wednesday and Thursday, voicing Romania&#39;s support for the ongoing processes in the Western Balkans designed for the development of the partners in this area and for placing them on a European track.

A 16-year-old boy is arrested and accused of drowning another child in the Danube River near the town of Svishtov, bTV reported.

AFP - More than 300 sea turtles from an endangered species were found dead on a beach in southern Mexico, trapped in a banned type of fishing net, environmental authorities said.

Exposure to air pollution may impede cognitive ability as people become older, with less-educated men the worst affected, a new study has found.

"Most existing research on air pollution focuses on its health effects," study author Xiaobo Zhang told Euronews. "Our study shows a persistent negative effect on cognitive health, which not been widely discussed."

Turkey commemorated the 96th anniversary of the War of Independence on Aug. 30 Victory Day with celebrations, as politicians marked the day's importance and stressed their determination in protecting Turkey's independence.

The TurkStream pipeline, due to supply Russian gas to Turkey via the Black Sea from next year, is already 80 percent complete, the CEO of the Russian gas giant Gazprom said on Aug. 30.