The medical certificate that allowed the former managing director of power supplier Energa, Aristides Floros, to be released from prison due to health reasons may lack the proper signatures and appears to be incomplete, based on report on a Greek news website on Friday.

Romanians who want to invest in the US can opt for an E2 type visa, which does not require a specific amount to invest, Ruslan Bocancea, managing partner at Bocancea Law Firm, said at a conference of the International Business Forum on Friday. 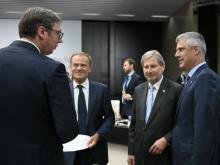 Intellectuals, experts and organisations from the Balkans and abroad have signed an open letter calling for the rejection of proposals to resolve the Kosovo-Serbia dispute through a "border correction".

Fishing season in Turkey will kick off on Sept. 1 after a four-and-a-half-month ban, as fishermen hope for a fruitful season.

In a German court starts a trial about a 13-year-old girl raped by 8 teenages in a wooded area of ​​the southwestern town of Felberter, DPA reported.

The eight boys aged 14 to 17 are accused of seeing the girl when it came from a swimming pool, dragged her into the woods, and and raped her until a woman randomly passing through the forest intervened.

Griveas previously headed the management of Astir Palace Vouliagmeni and Athanasiou was CEO of Enterprise Greece, the state-owned body that promotes Greek exports. 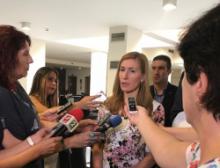 Varna. 3.6% was the increase in the number of foreign tourists alone in the months of June and July, Minister of Tourism Nikolina Angelkova told reporters in Varna, where she participated in a party event. So far the summer tourist season has been going very well, she said, quoted by Focus Radio. 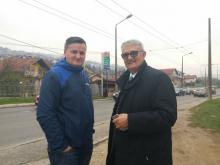 The Bosnian state court found former policeman Kahro Vejzovic not guilty of torturing Serb civilian detainees in the village of Stupari in the Kladanj area in 1992.

President Recep Tayyip Erdoğan has criticized the recent decision by United States authorities to delay the delivery of the jets, saying "Turkey has alternatives other than F-35 fighter jets," after Ankara's purchase of S-400 missile defense systems from Russia caused further tensions.

International rating agencies have been making intense efforts to create a pessimistic view of Turkey's banks, Treasury and Finance Minister Berat Albayrak said on Aug. 31, but added that the government vowed "to stand by its financial institutions."