Greek budget will not be discussed much in the meeting of Eurozone finance ministers on Monday, a top European official told reporters in Brussels on Friday. 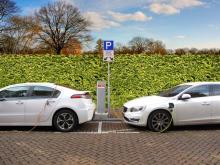 Electric vehicles are still too expensive and people love low prices. This was stated by EU Energy Commissioner Maroš Šefčovič in presenting the proposals of the European Commission (EC) for the elimination of fossil fuels in EU transport by 2050.

Climate change increases the risk of an 'extinction domino effect' that could annihilate all life on Earth, researchers have warned, reports Daily Mail.

The theory, known as 'co-extinctions', means an organism dies out because it depends on another doomed species.

An employee of the National Revenue Agency (NRA) has been detained for a bribe demand of BGN 45,000. This was announced by the Sofia City Prosecutor's Office Emilia Rusinova at a special briefing on the case, reports Mediapool.

As a wave of sit-ins against Greece's name deal with the Former Yugoslav Republic of Macedonia (FYROM) sweeps across the country exposing social divisions and evolving into a focal point of opposition between political parties, about 1,200 high school pupils Thursday marched through the northern port city of Thessaloniki. 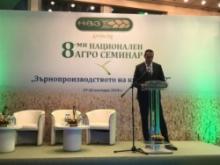 The State Agriculture Fund will pay nearly BGN 1 billion by the end of the year. This was announced by the Executive Director of the Fund Jivko Zhivkov during the 8th National Seminar of the National Association of Grain Producers (NAZ), reports Mediapool.

Over 720 people have sought help in Pirogov in the last 24 hours, reports Darik.

"Over 720 people have gone through the Pirogov Emergency over the last 24 hours, and those who have sought help in traumatology are nearly 120, of which 15 are left to treat," said Maria Poirazova, spokeswoman for the hospital, quoted by the national radio .

Russia is calling on the UN, the OSCE, the Council of Europe and other international organizations to pay attention to violations of human rights in that country, Russian Foreign Ministry spokesperson Maria Zakharova said on Friday.

A Turkish-origin politician was appointed as local administration and small business minister in the Victoria government of southeastern Australia on Nov. 30.