During the last 24 hours, 276 new cases of coronavirus have been registered in Bulgaria, and 6 people have died, according to the data of the Unified Information Portal.

A total of 4736 PCR tests were performed. 814 people are treated in hospitals, of which 44 are in intensive care units.

A new spike in Covid-19 infections Tuesday, the majority still in Attica, fueled fresh concerns among health authorities, who have been waiting to see the impact of a new set of restrictions on the course of the pandemic.

Total assets of local banks stood at 5.85 trillion liras as of end-August, growing more than 30 percent or by 1.4 trillion liras compared with the end of 2019, data from BDDK showed on Sept. 29.

A confectionery in the capital Ankara has served purple baklava prepared with violet-colored fruits and vegetables, enticing traditional baklava lovers who got curious to know what's in it.

A veterinarian, İbrahim Özmen, who organized a cat beauty contest in the Central Anatolian province of Sivas for the second time, has awarded a limo-ride in the city to the winner cat and its owner.
"It was marvelous to tour the city in a limo with my cat," said Hüseyin Cebecioğlu, the owner of the cat named Mahir, on Sept. 28. 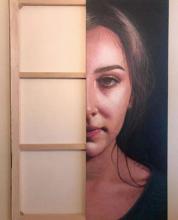 A collector looking to purchase an artwork from Turkish painter Ali Leblebici for half the price in aid of a pandemic discount has received the piece half cut.

Violence against women and girls has intensified since the COVID-19 outbreak began as many were confined in the same houses as abusers, U.N. Women's Turkey country director has said.

Emerging data show that violence against women and girls has intensified since the outbreak of COVID-19 started, Asya Varbanova told Hürriyet Daily News in an interview.

Olympiakos has returned to the Champions League group stage, after eliminating Omonia Nicosia in the playoffs with a goalless draw in Cyprus on Tuesday and a 2-0 aggregate score.

The two-goal cushion from the first leg in Piraeus six days earlier allowed Olympiakos to ease into the game at the GSP Stadium.

World number six Stefanos Tsitsipas clawed his way back from two sets down to beat little-known Jaume Munar 4-6 2-6 6-1 6-4 6-4 and survive a French Open first round scare on Tuesday.

Tsitsipas, a losing finalist in Hamburg on Sunday, looked to be cruising through the first set after breaking the Spanish clay court specialist at the start to go 3-1 up.