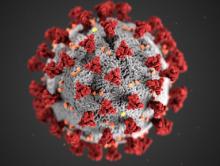 Ljubljana – The parliamentary Labour Committee is expected to approve the new coronavirus crisis stimulus bill on Monday. The government-proposed bill brings EUR 320 million in aid, with employers eagerly awaiting the extension of the furlough subsidy scheme and partial cover of new expenses arising with the increase in minimum pay.

An earthquake with preliminary magnitude 5 struck off the eastern Aegean island of Lesvos on Monday, Greek authorities said. There were no immediate reports of damage or injury.

The Athens Geodynamic Institute said the undersea quake occurred at 7.46 a.m. local time 46 kilometers off the island's southwestern coast and its epicenter was at a depth of 14.9 kilometers. 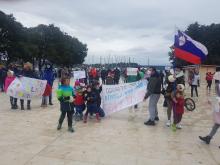 Koper – Rallies were held across the country on Sunday as parents protested closure of schools after two regions slipped back into black tier last week. The government decided schools should return to remote teaching and kindergartens close on Monday in the two regions after pupils in grades one to three were allowed back in nine of 12 regions last week.

Falun – Cross country skier Anamarija Lampič was second in the FIS World Cup women’s sprint classic final in Falun, Sweden, on Sunday. She finished 0.33 seconds behind Linn Svahn and ahead of Jonna Sundling, both of Sweden.

Sundling and Lampič finished in the same time, with Sundling taking third place after the judges viewed the photo finish footage.

Ljubljana – Prime Minister Janez Janša has wondered in a Facebook post whether Slovenia will have a competitive edge in the fourth industrial revolution compared to countries where there are twice as many people studying science and technology than humanities, whereas in Slovenia the share of the former is 37% and 39% of the latter.

Ljubljana – A video by the Slovenian Tourism Board (STO) has won first place in the ETC-CIFFT Video Competition, organised by the European Travel Commission (ETC) and the International Committee of Tourism Film Festivals (CIFFT). Titled Time to Stay Home. Turn to Nature and Dream, the video promotes social responsibility amid the coronavirus pandemic.

Klinec was fourth after the first series with a 126-metre jump and gained one spot in the second series with a jump of 130 metres.

Her husband came to her defence