As expected the PM devoted much of his address to Greek-Turkish relations, noting that Athens wants good relation with Ankara based on international law.

An exhibition-goer takes a look at a Nuri Koerfer installation on display at the 7th Athens Biennale which opened on September 23, 2021, in the Greek capital. Photo: EPA-EFE/Orestis Panagiotou.

In the op ed text for the newspaper "Kathimerini", Mallias spoke about the relations between Greece, Albania and the so-called Kosovo, i.e. the policy pursued by the Minister of Foreign Affairs, Nikos Dendias. 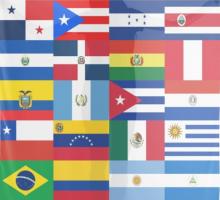 Greece is aiming for an unexplored and very interesting tourist market, that of Latin America, with the government promoting a plan for the creation of a "bridge", in order to increase the flows of Latin American tourists to our country in the coming years.

Following the uproar caused by Efood over its distributors' contracts and the offer of freelancers in delivery, Rocket announced that it was creating 500 new jobs, stating that it would be to sign indefinite paid employment contracts until the end. of 2021.

Ekrem Imamoğlu was received by Kyriakos Mitsotakis at the Maximos Mansion, the official seat of Greek prime minister.

He also held a meeting with Kostas Bakoyannis, the mayor of Athens, at the Athens City Hall.

Greece's pandemic-battered economy will bounce back even more quickly than its government projects and could return to pre-crisis levels this year, according to Bank of Greece Governor Yannis Stournaras.

AEGEAN will close the first profitable quarter after the pandemic hit at the end of September, as it prepares for the first year with full activity.

The course of this summer, during which our country was among the top destinations in Europe, showed signs of steady recovery.

From tech gurus and start-up entrepreneurs to cultural workers and restaurateurs, some of Athens’ newest residents explain what drew them to the Greek capital

The Chief of the Defence Staff, Lieutenant General Daniel Petrescu, attended the Meeting of the Chiefs of Defence of the NATO Military Committee, which took place in Athens, Greece, from Friday to Sunday. According to the Ministry of National Defence, the 30 NATO Chiefs of Defence who participated in the meeting focused on topics related to allied operations, missions and activities.