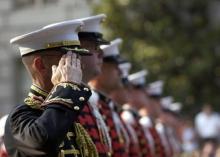 China on Tuesday lashed out at the U.S. over new sanctions against Chinese officials and the sale of more military equipment to Taiwan.

The U.S. actions are part of what critics see as an effort by the Trump administration to put in place high-pressure tactics toward Beijing that could make it more difficult for President-elect Joe Biden to steady relations.

Voting in the Senate and Chamber of Deputies elections of December 5 and 6, 2020, began on Friday at 8 pm, Romania's time, once with the opening of the polling station in Auckland, New Zealand, informed the Ministry of Foreign Affairs (MAE), in a press release.

Harry Kazianis, a North Korea expert at the Center for the National Interest think tank in Washington, said the Kims and several senior North Korean officials had been vaccinated.

Donald Trump still refuses to admit he lost the presidential election, on-brand for him but off-brand for American democracy. The US is about to enter an unprecedented few months of political dysfunction as the presidential transition gets under way. Which US adversaries will attempt to take advantage of the domestic chaos? 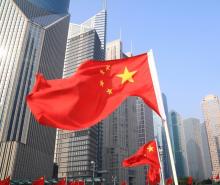 "Our daily lives are getting tougher as China continues to put pressure on Taiwan to accept its political conditions, conditions that would make Taiwan a future Hong Kong," Wu told US Secretary of Health Alex Azar.
Azar's visit to Taiwan was condemned by Beijing, which assessed that it endangers peace.

Twenty Indian soldiers were killed during "hand-to-hand' fighting with Chinese troops in a disputed Himalayan region, India's military said, the first deadly clash between the nuclear powers in decades.

Both sides blamed the other for June 15's violence, which followed weeks of rising tensions over their competing territorial claims, with thousands of extra troops deployed.

Scores of domestic flights in and out of Beijing were cancelled on June 17 as officials ramped up attempts to contain a coronavirus outbreak in the Chinese capital over the past week that has sparked fears of renewed wider contagion. 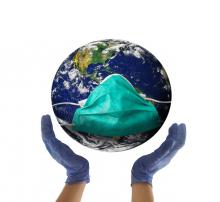 Global cases of the novel coronavirus reached over 8 million on Monday, as infections surge in Latin America and the United States and China grapple with fresh outbreaks.

The coronavirus situation in China's capital is "extremely severe", a city official warned on June 16, as 27 new infections were reported from Beijing where a new cluster has sparked a huge trace-and-test programme.