The United States and its allies are considering the deployment of troops in NATO's Eastern European countries as a precautionary measure against a possible Russian invasion of Ukraine. This was reported by CNN, citing officials of the US administration.

An EU court on Jan. 26 annulled a 1.06 billion euro ($1.2 billion) fine against U.S. chipmaker Intel, finding that Brussels had failed to adequately prove anti-competitive practices in a key aspect of the case, a statement said. 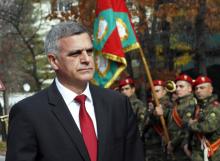 The Minister of Defense Stefan Yanev will propose to the government that Bulgaria join a joint NATO exercise with a battalion of no more than 1,000 people. This was announced by him on the Bulgarian National Television.

Bulgaria does not want American troops on its territory, but is ready to accept French, a diplomatic source from Brussels told BNR.

The decision is expected to be made in mid-February, around a meeting of NATO defense ministers.

In the event of a conflict between Russia and Ukraine, Croatian authorities will withdraw all military personnel from NATO forces in Eastern Europe. This was announced on Tuesday by the President of the Republic Zoran Milanovic on the national television HRT.

Ursula von der Leyen pointed out that further cooperation in the future on the development of quality projects under the €30 billion Investment Plan for the Western Balkans has been agreed.

The latest threat to Moscow is that US President Joe Biden is considering the deployment of US troops, air force and navy in the Baltic countries and Eastern Europe. In addition, the United States ordered family members of employees of the American Embassy in Ukraine to leave that country.

Over 100,000 people have gathered to march in a massive protest against vaccine mandates and COVID tyranny today in Brussels, Belgium.pic.twitter.com/hn5TOqeUdw 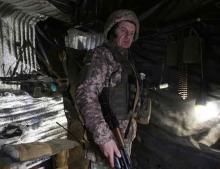 The United States has ordered the families of its diplomats to leave Ukraine, as rising fears of a Russian invasion pushed Western officials to meet on Jan. 24 in a bid to coordinate their response and compile a battery of sanctions against Moscow.

U.S. top diplomat Antony Blinken will join a meeting of his EU counterparts by video-link.