Violent storms and flooding along the French riviera killed 13 people by early Oct.4, emergency responders and local officials said, including three who drowned in a retirement home inundated when a river broke its banks.

The 14th Filmekimi (October of Films) Festival begins on Oct. 3, due to be held at four movie theaters in Istanbul before touring other cities across Turkey. 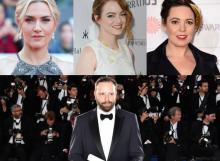 Greek director Giorgos Lanthimos appears to have definitely emerged as the country’s “fair haired boy” on the European scene, with the magazine Deadline reporting this week that he’s in contact with Kate Winslet and Emma Stone to star in his next project, called “The Favourite”.

The 14th annual Filmekimi will kick off in Istanbul on Oct 3. After the nine day festival, it will tour various Turkish cities until the end of the month Organized by the Istanbul Foundation for Culture and Arts (IKSV) for the 14th time, this year?s Filmekimi will once again bring cinephiles together at several cities across Turkey.

Greece has submitted the Greek film, “Xenia”, by director Panos Koutras for the Best Foreign Language Film category in the 2016 Academy Awards.

Xenia tells the story of brothers Danny and Odysseus who cross the border in search of their Greek father after their Albanian mother passes away.

The film has had rave reviews and was warmly welcomed at Cannes last year.

A Paris beach event celebrating Tel Aviv attracted a handful of visitors but a huge number of journalists, riot police and security guards on August 13, as well as a much larger "Gaza Beach" protest. 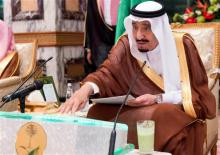 The Saudi king's visit to his family's French Riviera mansion is over after weeks of controversy surrounding the closure of a public beach during his stay, the top state official in the area said on Aug. 3.

Sub-prefect Philippe Castanet said that the small, isolated beach was reopened after the Aug. 2 departure of King Salman following an eight-day stay.

The 72nd edition of the Venice festival, which will be held Sept. 2-21, announced its three international jurors on July 27.

I??l E?rikavuk isil.egrikavuk@hdn.com.tr Turkey is not a country well known for its creativity. If I ask readers of this newspaper to name three aspects of Turkey, most probably anything related to creativity won't make it to the list.

A typical Hollywood lifestyle story in Cannes connects three Hollywood stars in a love triangle. 22 year-old model Cara Delevingne, 36 year-old American star Michelle Rodriguez and 32 year-old American singer St. Vincent all attended the same party. Cara and Michelle used to be a couple, but after their bad breakup, they apparently want nothing to do with each other.