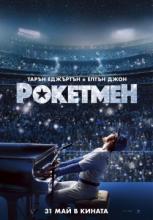 On May 16, The audience at the prestigious Cannes Film Festival was the first who saw Rocketman - the incredible musical biopic about the incomparable singer, composer and showman Elton John. The film provoked the enthusiasm of the modern pop music. The critics' comments, of course, weren't late. 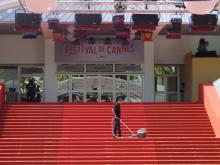 The festival announced its lineup on Thursday, with a slate that includes four female directors in competition for the Palme d'Or prize.

The Dead Do not Die zombie movie will open the racing program. It is the work of American independent director Jim Jarmusch, who in 1984 received the Golden Palm Prize. 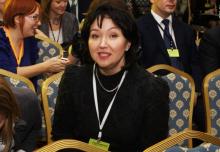 One of Russia's richest women died on Sunday in a small private plane crash in Germany, news agencies reported.

Natalia Filleva(55), co-owner of S7 Group's second-largest air carrier, has traveled on a single-engine six-seat Epic LT, which crashed and burned in the field, while making a landing at the small Egelsbach airport at 15.30 on Sunday, Filleva said.

LOS ANGELES, Aug 18, (RTRS): The 24th Sarajevo Film Festival has awarded its top prize to Bulgarian director Milko Lazarov's 'Aga'. The Yakut-language movie, which saw its world premiere at the Berlin Film Festival in February, tells the story of a troubled Inuit family.

Grigor Dimitrov began with a victory at the Masters Series in Toronto (Cannes, $ 5.32 million). In the II round, the Bulgarian, who rightly rest on the start of the main circuit, made a 4:6, 6:2, 7:6(5) turn against Fernando Verdasco (ESP). On the stands at the Rogers Center was also his coach Daniel Valverdu, which finally ended the speculation of parting with the Venezuelan specialist.

Turkey's Cannes-winning director Nuri Bilge Ceylan will receive the Honorary Heart of Sarajevo Award at the 24th Sarajevo Film Festival, the organizers of the event have said. 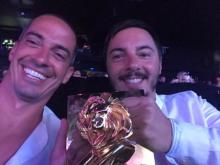 After winning a Bronze Lion last night for their project The One in the Print category, the New Moment agency received the Golden Lion in the prestigious Industry Craft category tonight.

This impressive project of the New Moment regional agency was selected among 32,000 works from 90 countries and 26 categories, and has now won 2 lions in the first three days of the festival.

By winning a Lion at the very beginning of the festival, the most rewarded agency in our region, New Moment, continues presenting the region to the world, and placing it on the global map of creativity.

Wary of the limelight but one of the most prodigiously successful directors ever at Cannes, Nuri Bilge Ceylan has emerged as Turkey's top modern filmmaker, with his slow-moving but piercing examinations of his homeland's melancholy soul.

Film director Lucian Pintilie died on May 16 2018, at the Elias Hospital in the Capital City, the spokesman of this hospital unit, Silvius Negoita, told AGERPRES.