About 1,300 flights and 180,000 passengers will be affected by the two-day strike, which was formally started by the cabin crew at German Lufthansa. Most of its flights from Germany, including intercontinental flights from Frankfurt and Munich, were canceled, NOVA reported. 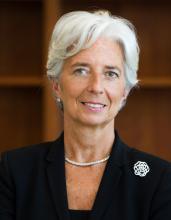 Many analysts expect the subsequent press conference to be rather ceremonial and uncharacteristically emotional for the banker, who will remain in the bank's history with his bid to save the euro "whatever it takes".

One Bulgarian citizen is among the victims of an incident in Limburg, Germany, in which a truck crashed into 8 cars. This was reported by the press centre of the Ministry of Foreign Affairs.

According to information from the German police, the Bulgarian citizen suffered minor injuries, received medical assistance, and was subsequently released from medical observation.

Banks which are seeking for a new European financial centre after Brexit have so far turned their preferences to Frankfurt, according to a study by German bank Helaba.

By the end of August, 31 banks had chosen to establish or expand their operations in the western German city to secure their presence in the EU after London leave the bloc. 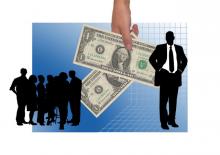 CEOs of the 30 companies in Germany's leading stock index DAX report a 2 percent drop in their salaries on an annual basis, according to a study published yesterday by the DPA.

The Bulgarians' air travels increased by 18.3% compared to the last year . 45% of the bookings were made through a mobile device - 3% up from the previous year, according to a recent analysis by eSky experts.

The Frankfurt trade show, which opens this week, is being shown mostly cars with batteries. Asian manufacturers refused to participate, as did Tesla, Ferrari and Fiat. The Volkswagen Group has shown a new logo and models that start a new era -  electrical counting

Bulgaria Air starts offering flights to some of the most exotic destinations in the world.

Banks in the eurozone will get more time to set aside cash to cover for loans that have gone or will go unpaid after the European Central Bank bowed to pressure from Brussels to ease its rules on the matter.

The German capital will impose a ban on the movement of older and polluting diesel vehicles on some of its streets starting in October this year, which reports a strong rise in clean air standards, DPA reported.