In a first, a Turkish-trained Afghan female police officer has taken charge of an anti-crime branch in Afghanistan's remote Khost province.
The young Zala Zazai got training at Turkey's police academy before taking charge in the province, which has been plagued by the Taliban-led insurgency.

The Taliban on April 12 said it was set to release 20 prisoners in the southern Afghan city of Kandahar, in a potential breakthrough after the insurgents walked out of talks with the government last week. 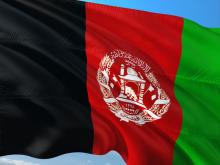 The Afghan government announced today that it has released 100 Taliban prisoners from jail, France Press reported. This happens a day after the rebels announced that they were suspending the peace talks with Kabul about exchanging prisoners, according to them.

Afghanistan will release some Taliban prisoners this week as part of confidence building measure crucial for the success of the peace deal signed between America and the Taliban to end nearly two decades of war, officials said on April 1.

Afghanistan's government late on March 26 announced a 21-member team to negotiate with the Taliban in a tentative sign of progress for the United States-brokered peace deal.

Gunmen stormed a religious gathering of Afghanistan's minority Sikhs in their place of worship in the heart of Kabul's old city on March 25, killing at least four people, a Sikh lawmaker said. 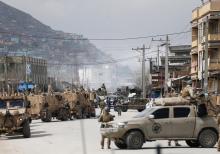 A lone ISIL  gunman rampaged through a Sikh house of worship in the heart of the Afghan capital, Kabul, on March 25, killing 25 worshippers and wounding eight, Afghanistan's Interior Ministry said.

Washington's unprecedented threat to cut $1 billion in Afghanistan funding a response to the refusal of rivals in Kabul to work together to advance peace comes at a time when the impoverished nation risks being overwhelmed by the coronavirus pandemic.