A Taliban suicide attack in Kabul has killed two people, including a Turkish soldier, highlighting the fragile security situation as the Afghan government presses for peace talks with the militants.

The blast came shortly after 8:00 am (0330 GMT), not far from the Iranian embassy. Police said the dead included a Turkish national and an Afghan passer-by.

The Turkish Armed Forces (TSK) have handed over Camp Do?an to Afghan government forces, marking its departure from the base it has been using in Kabul since 2002.

Turkish Maj. Gen. Mehmet Cahit Bak?r and Gen. Azizuddin Ayar, a representative of the Afghanistan Defense Ministry, as well as other Afghan officials, attended the ceremony. 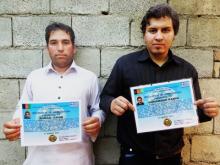 The government this week launched proceedings for the issuing of visas to Afghan interpreters who worked with a Greek military unit participating in a NATO-led operation in Afghanistan.

Afghanistan's new cabinet was unveiled on Jan. 12 after three months of wrangling following the election of President Ashraf Ghani and the formation of a "national unity government" in the wake of last year's fraud-mired election.

Over 8000 Bulgarian soldiers served in the longest mission of the North Atlantic Treaty Organization (NATO) to date - that in Afghanistan. 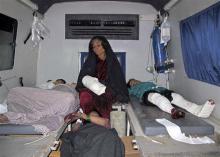 Afghan soldiers were responsible for firing mortars at a wedding party that killed 17 women and children, officials said Jan. 1, in a mistaken strike that overshadowed the transfer of nationwide security from NATO forces.

The war in Afghanistan came to a formal end on Dec. 28, 2014, with a flag-lowering ceremony in Kabul. The symbolic act, which was held under heavy security measures due to threats of an attack, marked the conclusion of the U.S.-led Operation Enduring Freedom and the start of Operation Resolute Support.

President Barack Obama said "the longest war in American history has come to a responsible conclusion."

Obama has welcomed the end of U.S. combat operations in Afghanistan. The war came to a formal end Dec. 28 with a ceremony in Kabul.

NATO will hold a ceremony in Kabul later Sunday formally ending its war in Afghanistan, officials said, after 13 years of conflict that have left the country in the grip of worsening insurgent violence.

Exposure to Western culture since 2001 has transformed Afghanistan's previously isolated society, and a love of tattoos has taken hold - despite inking parlours being illegal.

Under the Taliban's tough 1996-2001 regime, personal fashion statements were outlawed and police squads patrolled the streets looking for men who had beards that were too short or hair that was too long.