Former Israeli intelligence officer Yaakov Kedmi emphasized that the North Atlantic Alliance should disappear because of its uselessness.
"As a military power, it (NATO) does not represent anything," Kedmi is convinced.

A skeleton of a Gorgosaurus dinosaur is going up for auction for the first time and is expected to fetch between $5 million and $8 million, Sotheby's said on July 5.

The auction house will put the specimen, which is 10 feet tall (three meters) and 22 feet long, under the hammer in New York on July 28.

Peter Brook, who has died aged 97, was among the most influential theater directors of the 20th century, reinventing the art by paring it back to drama's most basic and powerful elements.

An almost mystical figure often mentioned in the same breath as Konstantin Stanislavsky, the Russian who revolutionized acting, Brook continued to work and challenge audiences well into his 90s. 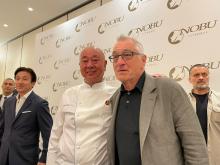 Famous Hollywood actor Robert De Niro, who came to Istanbul to make inspections at his restaurant Nobu, praised Türkiye's most populous province, saying that he would one day consider shooting a movie in the metropolis.

The US Supreme Court ruled on June 23 that Americans have a fundamental right to carry a handgun in public, a landmark decision with far-reaching implications for states and cities across the country confronting a surge in gun violence.

Hollywood star Robert de Niro will be in Istanbul on June 26 for a one-day visit to "make inspections" on his world-renowned restaurant chain, Nobu.

"Both constructive [proposals] and criticism, we will listen to them - you can get a message from criticism and become better," Belgrade mayor Aleksandar Sapic told public broadcaster Radio-Television Serbia, RTS on Tuesday in his first interview after being elected

New York's new law barring sales of bullet-resistant vests to most civilians doesn't cover the type of armor worn by the gunman who killed 10 people at a Buffalo supermarket, a gap that could limit its effectiveness in deterring future military-style assaults. 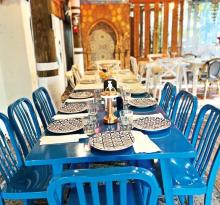 After working for many years in the financial center of Wall Street in New York and the Forex markets in Geneva and London, Gökhan Yüzbaşıoğlu opened a Turkish restaurant, named El Turco, in Miami and has recently been honored by Michelin, the largest authority in the food and beverage industry in the world.