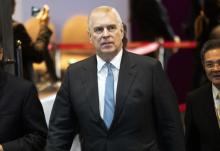 Britain's Prince Andrew is seeking a jury trial to clear his name in the sexual assault civil complaint he is fighting in New York, and which has already left him in disgrace and forced him to withdraw from royal duties, his lawyers announced Wednesday.

A rare Botticelli painting depicting Jesus Christ will go up for auction on Jan. 27 at Sotheby's in New York, a year after a record $92 million was paid for a work by the Italian Renaissance master.

Airlines across the world, including the long-haul carrier Emirates, rushed on Jan. 19 to cancel or change flights heading into the U.S. over an ongoing dispute about the rollout of 5G mobile phone technology near American airports.

Bad winter on the east coast of the United States has left thousands of homes without electricity and led to flight cancellations.

Two casualties have been reported in North Carolina since the disaster. 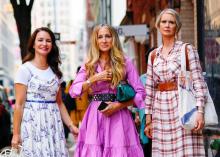 Carrie, Miranda and Charlotte are 20 years older, and their beloved New York has been ravaged by COVID-19, but the sassy women are back, without Samantha, in HBO Max's "Sex and the City" revival, which premiered on Dec. 9.

Keeping a close watch on the movement of Turkish-Iranian businessman Reza Zarrab, who was arrested in 2016 for violating the U.S. sanctions on Iran and released on bail in 2018 after being a witness in the case, the U.S. media has revealed the lavish lifestyle of Zarrab in Miami.

The company entered the U.S. market with Chicago last month. It is planning to expand its service to Boston soon.

A prominent U.S. art collector and billionaire philanthropist has returned 180 works of art and antiquities stolen from around the world -- some from ancient Greece -- that are estimated to be worth $70 million, Justice Department officials in New York said on Dec. 6.

Hamaguchi's film, about a widowed actor played by Hidetoshi Nishijima, has been widely hailed since its debut earlier in the year at the Cannes Film Festival, where it won for best screenplay.

The idea of spending millions on non-existent land may sound ludicrous - but feverish predictions of a virtual reality future are pushing investors to bet big on digital real estate.