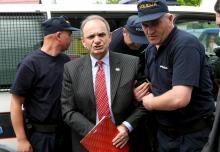 Two former politicians, Luka Bebic and Andrija Hebrang, members of the ruling Croatian Democratic Union, HDZ, told Zagreb County Court on Monday that they only learned from the media that the defendant, Branimir Glavas, had been involved in war crimes against Serbian civilians in the eastern city of Osijek in 1991.

Nikola Jaman, who was a commander of the First Battalion of Osijek Defenders during wartime, testified at Zagreb County Court on Tuesday that he lied in earlier testimony about Branimir Glavas, who is being retried alongside six co-defendants for the killings of Serb civilians in the eastern city of Osijek in 1991.

Opponents of abortion in mainly Catholic Croatia on Saturday joined "Walks for Life" in the eastern city of Osijek and in Rijeka in the west. 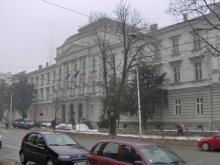 Former paramilitary Stevan Budac, accused of wartime crimes against Croat and ethnic Hungarian civilians in eastern Croatia, pleaded not guilty as his retrial started in the city of Osijek.

The meeting will take place in the town of Osijek, Croatia.

The goal of the meeting is to start talks on resolving the question of the missing persons and to focus on moving the problem from politics and into the civil and humanitarian sphere.

Veran Matic was actively engaged in the anti-war activities during the nineties. He took part in humanitarian campaigns including the mass campaign of helping the victims of Operation Storm back in 1995, when we gathered aid and then distributed it with the assistance of Belgrade cab drivers, all the way to Banja Luka... 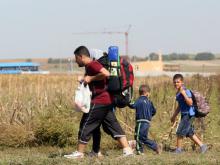 The Administrative Court in the town of Osijek on Wednesday scrapped the custody order for one adult member of the Hosseini family, Croatian Centre for Peace Studies, a human rights NGO, told BIRN.

This sparked hope among human rights campaigners involved in the case that the rest of the family could be released soon. 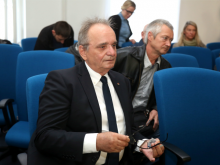 Croatian wartime general Branimir Glavas, now an MP, and five others accused of war crimes against Serb civilians in the city of Osijek in 1991-92 pleaded not guilty at Zagreb county court. 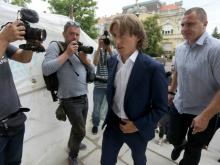 Croatian former justice minister Vesna Skare Ozbolt said on Tuesday that the investigation into Real Madrid football star Luka Modric, suspected of giving false testimony in court about alleged financial kickbacks in his 2008 transfer from Dinamo Zagreb, should be a warning to people considering committing perjury.