North Macedonia's police searched 11 premises in the capital Skopje and in the towns of Veles, Stip, Strumica and Valandovo on Wednesday, arresting six suspected members of a migrant-smuggling group.

Some Balkan and Central European countries are facing the risk of a second big wave of COVID-19 cases after lifting restrictive measures imposed to curb the pandemic - some say prematurely.

After another worrying peak in infections over the past few days, North Macedonia has ordered a full 80-hour lockdown of the capital, Skopje, and the towns of Tetovo, Kumanovo and Stip. Curfews there will start at 9 pm on Thursday and last until 5 am on Monday. 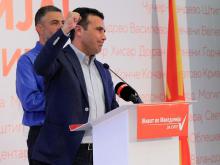 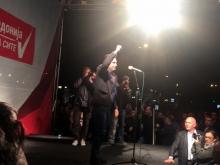 Macedonia's ruling Social Democrats, SDSM, celebrated a convincing victory Sunday night during the first round of local elections, widely regarded as a key test of the new government's popularity. 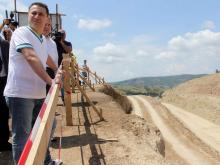 The completion of two highway stretches funded by a Chinese loan of 574 million euros is now uncertain after work was temporarily halted in order to fix problems with the routes and the incomplete expropriation of the land. 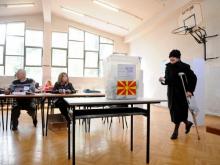 They were allegedly produced at two secret locations, in the town of Stip and in the Skopje suburb of Shuto Orizari.

Russian company Stroytransgaz will start building a gas pipeline in Macedonia that would link the Balkan country's gas network system to neighbouring Greece. 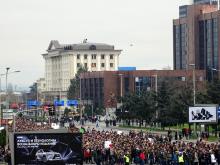 The Skopje Law Faculty, the Skopje Faculty of Drama Arts, the private FON University and the State University in the town of Stip have formally rejected the proposed legal reform to institute state-run tests, arguing that it will not benefit students' education as the authorities have claimed. 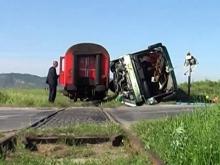 A train and a bus full of passengers collided at an intersection on the road between the towns of Stip and Veles as a result of which the bus capsized in the nearby ditch.

All passengers except one are in a stable condition, although several sustained serious injuries.