The Minister for Romanians Abroad Natalia-Elena Intotero had a meeting with representatives of the Romanian community of Brisbane, Australia, who indicated their interest in keeping cultural and linguistic ties with Romania and the initiative of the Ministry of Romanians Abroad (MRP) to distribute folk costumes, provide educational support in Romanian and student camps.

One of Australia's busiest international airports was locked down after a man brandished a knife and made a bomb threat at a food court, prompting travellers to flee in panic, officials said Sunday, reported AFP.

The 27-year-old debuted at the FAST4 event last year. Back then, the Bulgarian beat Australian tennis legend Lleyton Hewitt in a singles match before he and German Alexander Zverev were beaten in a doubles clash by Hewitt and Australian Nick Kyrgios.

Australians are suffering a brutal post-Christmas heatwave, with temperatures in most parts of the country's southeast up to 14 degrees Celsius (24 degrees Fahrenheit) higher than the average for this time of year, reported CNN. 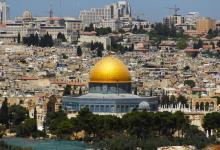 Australian Prime Minister Scott Morrison has confirmed that his government will recognise West Jerusalem as the capital of Israel, reported BBC.

However, he said Australia's embassy would not move from Tel Aviv, until a peace settlement was achieved.

He added Australia also recognised the aspirations of the Palestinians to a state with a capital in East Jerusalem. 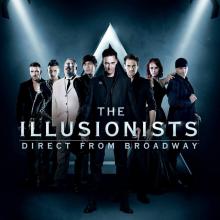 It's THE ILLUSIONISTS European Tour 2019, after record-breaking simultaneous runs in New York, London and Asia and now - BULGARIA!

The Greek Police (ELAS) was seeking video footage and witness accounts Thursday for leads to the killer or killers of 46-year-old Greek-Australian businessman John Macris, who was gunned down outside his home in the southern Athens suburb of Voula on Wednesday night.

"I stopped when we reached the port and I saw the big ship. I took five or six steps back, as though I wanted to run away. My father pushed me inside and the door closed. The ship started its engines and set off for Sydney."

BBC - The Austrian capital, Vienna, has beaten Australia's Melbourne to be named the world's most liveable city.

It's the first time a European city has topped the rankings of the Economist Intelligence Unit (EIU) annual survey. 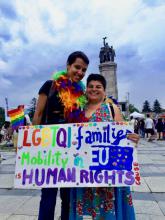 A Bulgarian court has backed the right of a same-sex married couple to reside in the country for the first time in a landmark ruling.

The Sofia City Administrative Court ruled that the French-Australian couple should be allowed to live in Bulgaria together, reports Australian TV network SBS.