The number of people injured in the earthquake that struck Japan's capital Tokyo and surrounding areas on Thursday has risen to 52, the Fire and Disaster Management Agency (FDMA) the Ministry of Internal Affairs and Communications said on Friday. 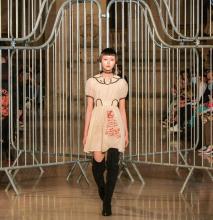 As weary fashionistas made it to the final sprint of Paris Fashion Week's 96 physical and digital spring-summer shows, Oct. 2's runways provided the spark to keep energy going, despite rain and gray skies.

Some of the world's top designers channeled humor, bright colors, innovative design techniques and even animated films for ever-imaginative displays.

"If you do your most important job well, it is easier to go through a catastrophe" 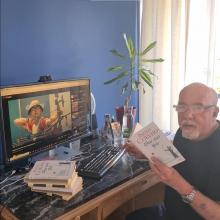 "Mete Gazoz ... This is my first book dedicated to you. Prodigy of archery," the Brazilian author said in a video posted to Twitter.

Maribor – The Western Balkans will be in the centre of musical exploration at this year’s Maribor Festival. A “fireworks of rhythm and emotions”, tonight’s opening concert will see the artist-in-residence, North Macedonian pianist Simon Trpčeski, perform with the SNG Maribor Symphony Orchestra under the baton of Romanian conductor Gabriel Bebeselea. 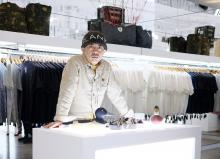 Known for his celebrity collaborations, Nigo takes over from Portuguese designer Felipe Oliveira Baptista, who quit the post in June after just two years.

Kenzo was founded in 1970 by Japan's Kenzo Takada, who died from COVID-19 complications in October.

Istanbul Airport placed number two on a ranking of the world's best international airports, a survey by U.S. Travel and Leisure magazine found.

At less than three years old, Istanbul Airport made it to the upper ranks of the globe's top 10 airports in the World's Best Awards 2021 survey, said a statement by the Istanbul Airport Administration (IGA) on Sept. 9.

Speaking at a press conference after the victory over Matteo Berrettini, Novak recalled the last match between the two of them, that is, the painful defeat at the Olympic Games in Tokyo.
Then, the Serbian ace had the match in his hands, but his play "fell apart" and he was defeated.

Brnik – The Paralympic Games in Tokyo, which ended on Sunday night with a ceremony at the Olympic Stadium, were generally a success for the Slovenian Paralympic team. Shooter Franček Gorazd Tiršek won a silver and a bronze medal, while the younger members of the team gained valuable experience.

Romania won ten medals, 5 gold and 5 silver, on Sunday at the European Rowing Under-23 Championships in Kruszwica (Poland), and Simona Radis set a world record in women's singles skulls, according to a press release issued to AGERPRES. Romania placed first in the ranking by nation. "The extraordinary performance of the Romanian rowers, as we have already become accustomed to!