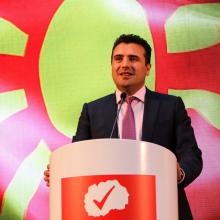 After Prime Minister Boyko Borissov's meeting with EC President Jean-Claude Juncker and the leaders of the Western Balkans, Macedonian Prime Minister Zoran Zaev commented to the media that his country is ready with all the infrastructure projects and he is looking for European funding.

A 10% increase in tourists is expected in the winter season, which is a significant increase over the record season last year. This was announced by the Minister of Tourism Nikolina Angelova before the Bulgarian National Television.

For most of the country, code yellow for hazardous weather is in effect on 28th of February. Snowfalls will gradually stop. Snowing will last end in the Northeastern regions of Bulgaria.

The court sitting on the case for siphoning off of more than BGN 2 and a half billion from the Corporate Commercial Bank on 28th of February continues for second day In the Specialised Court. The former banker and majority shareholder of the bank, Tzvetan Vassilev, and other 17 people are defendants in the process, charged as an organised criminal group.

The National Art Gallery in Sofia received a donation of BGN 1 million and 840 thousand, accoding to the Bulgarian National Television.

The amount is left by the Bulgarian Margarita Zanef, who died in 2016 in Australia. She has emigrated there in the 60s of the last century. She has bequeathed a large sum of money to the Sydney Art Gallery.

The official opening ceremony of the 23rd Winter Olympics in Pyeongchang, South Korea, which starts at 20:00 local time on 9th of February, will be broadcast live by BNT 1 and BNT HD and streamed at www.bnt.bg at 13:00 Bulgarian time.

Bulgaria's Prime Minister Boyko Borissov and Turkey's Minister of the Economy Nihat Zeybekci discussed at a meeting in Sofia on 7th of February the state of economic partnership between the two countries and the possibilities for its enlargement.

BNT programs attracted only 1 per cent of TV advertising in 2017, according to data from the media agency. According to the survey, the total volume of television advertising in Bulgaria last year was 691 million euros. In fact, the amount is certainly significantly lower, as the measurement does not take account of concessions, barters and other agreements that televisions conclude. 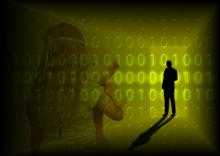 On February 6, 2018, over 120 countries will mark the International Safer Internet Day for the 15th consecutive year, reminded the State Agency for Child Protection.

This happened amid forecasts for air pollution in Sofia for 25th and 26th of January. The highest levels of air pollution were reported in "Hippodruma" and "Pavlovo" residential areas. Therefore, the municipality urged drivers not to use their own cars, but to use the public transport.